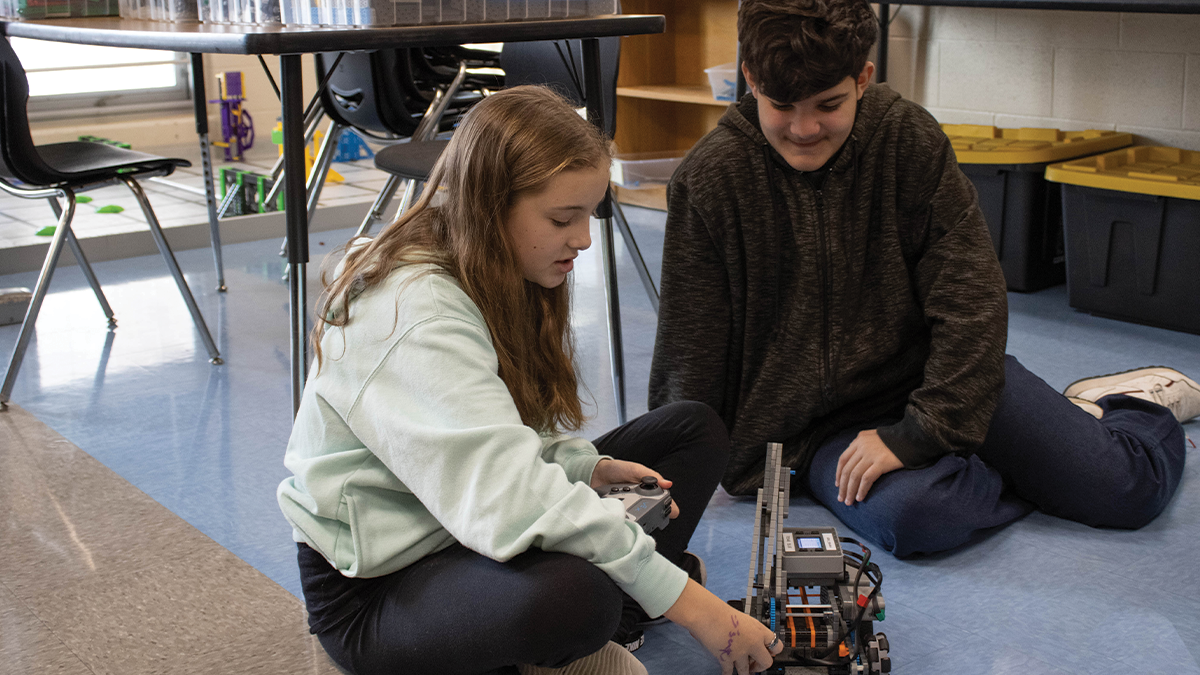 November 8, 2022 -- It’s a Wednesday afternoon, and modifications are on Hope Gibson’s mind. The Wedgewood Middle School 8th grader is building a competition robot, and she wants to make some changes before it enters its first match.

Gibson is part of Wedgewood’s robotics club. Students in the club work in teams to build the physical structure of their robot. They then use coding programs to design the bot’s brain, coordinating their robot’s motions with specific buttons and joysticks they can manipulate on a controller. 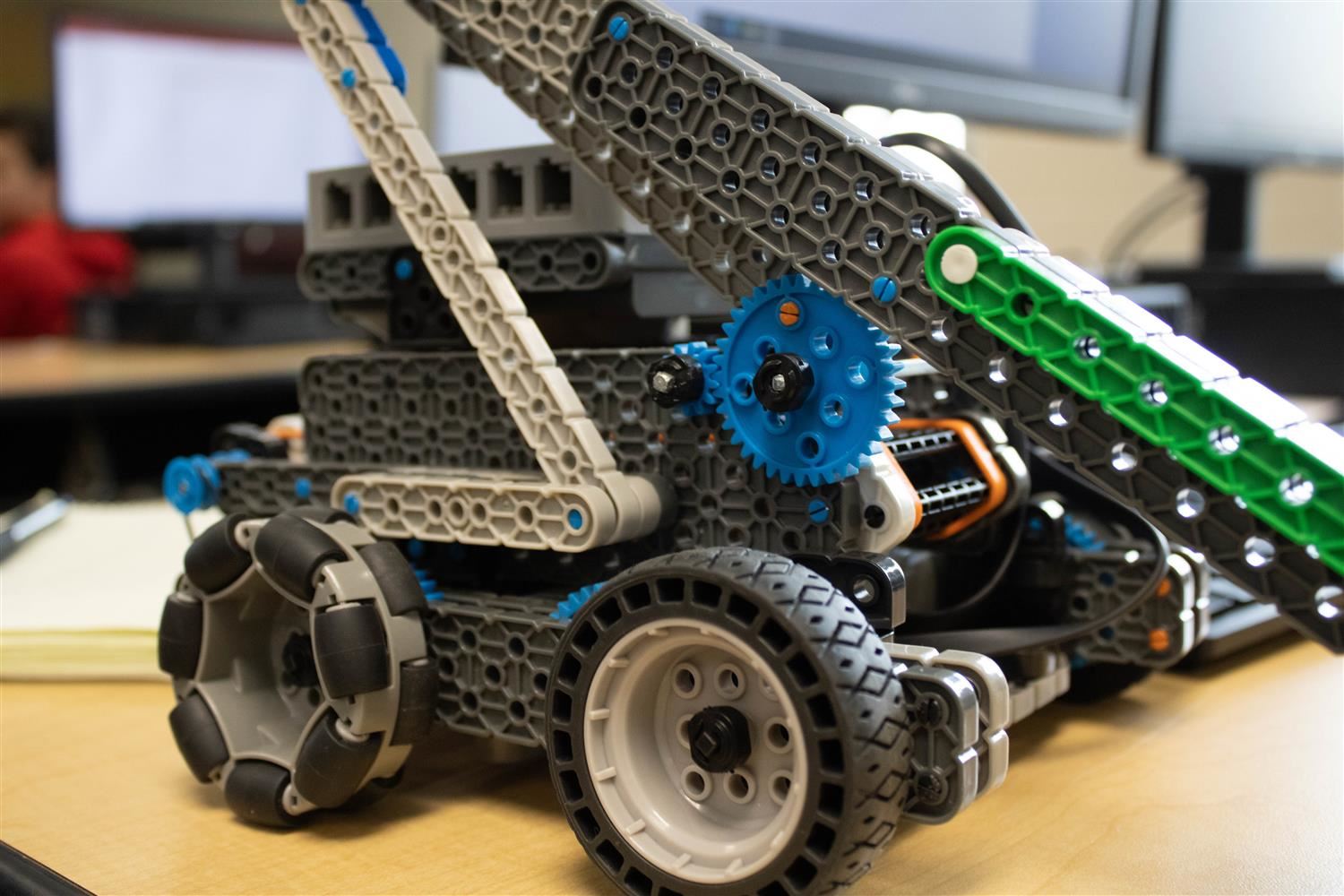 “This is the engineering process,” said computer specialist and robotics club coach Pam Smith. “The whole idea of robotics is to use the engineering design process to constantly change the robot and improve it.”

As Gibson and her team practice with their robot, they begin to see weaknesses and discuss modifications that can be made. A lot of experimentation is involved in creating the optimal bot, and Gibson finds the work enjoyable.

“There is a lot of problem-solving, but we just have so much fun with it,” she said.

The students have their first competition in January. At the meet, the robots will perform various tasks and be evaluated on how well they complete each. The tasks include measuring how far the robots’ arms can reach and analyzing how effective they are at slinging disks from their bodies.

Smith said competitions are an opportunity for students to assess where their robots are doing well and where they need to make modifications to improve performance.

“Problem-solving can only be learned by trial and error,” she explained. “I can’t tell the students how to solve a problem because there’s not just one way to fix their robots.”

And even if there were just one solution, Smith would not explain it to them step by step.

“We really encourage this idea that the kids are supposed to be in charge of everything. I can guide them, but what they build should be their own,” she said.

Along with Smith’s assistance, the students have model guides to help them with their builds. This year, at the suggestion of Smith, Gibson and her team will work with advanced robotics outside of the club. Their goal is to take the skills they’ve learned in the club and create a robot without the guidebook.

“Ms. Smith has asked us to try and make a whole new robot from scratch with no directions. It may be difficult, but we’re going to try,” Gibson said.

Gibson participated in the robotics club last year, and her team was shy of qualifying for the state level. However, she’s looking forward to this year’s competition season and the opportunity to earn her place at the state meet.