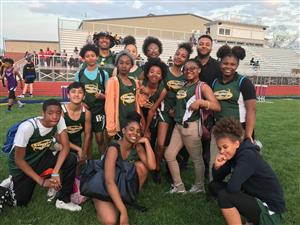 Congrats to the track team and their coaches for a job well done.