March 6, 2020 -- Continuing Superintendent Dr. Talisa Dixon's new initiative to have student ambassadors from each high school present to the Columbus Board of Education at each regular business meeting, representatives from Briggs and Centennial shared happenings at their schools this week. 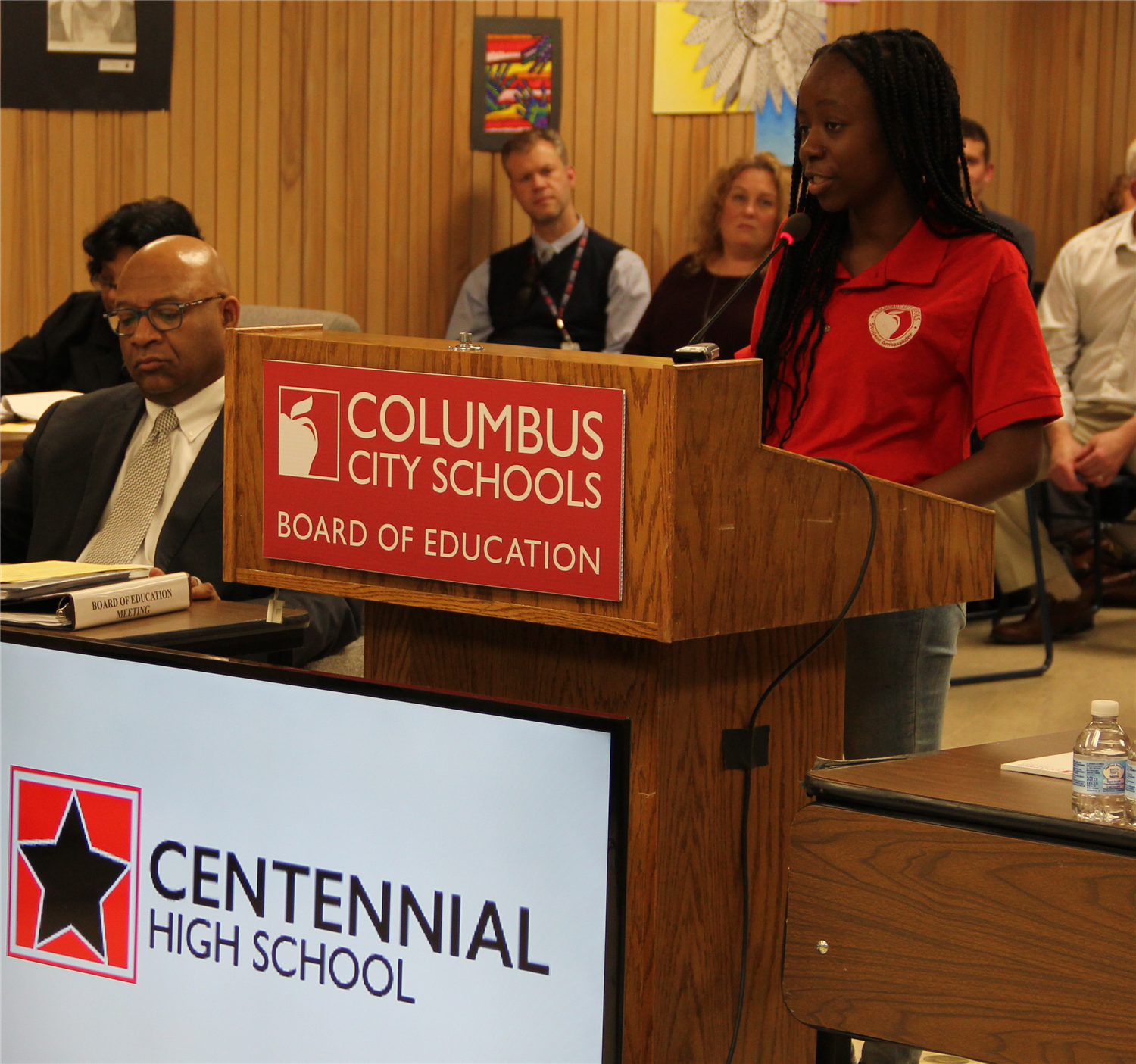 The Briggs ambassadors (above) included Melissa Foster (11th grade), Faliciana Johnson (10th grade) and Jasmin Sanjuan (12th grade). They highlighted extracurricular offerings at Briggs, such as various sports and clubs, focusing on the benefits that participation can bring: becoming more creative, confident, and enhancing life skills for the future.

The group also put Briggs' diversity in the spotlight: 35.5% of students are white, followed by 27% black, 24.9% Hispanic, 6.9% multiracial, and 5.3% Asian. The students talked about the benefits of being exposed to other cultures on a daily basis.

Finally, the Briggs students thanked their teachers, sharing a quote from former President Barack Obama: "If you were successful, somebody along the line gave you some help. There was a great teacher somewhere in your life."

Next up, Fatima Barro from Centennial HS (left) spoke to the board. She began by also focusing on the vast extracurricular offerings at her school, including Poetry Out Loud and even Knitting Club.

She also featured a special student event that was held at the school recently, when music superstar John Legend performed at Centennial and also spoke to students about the real definition of masculinity.