Jan. 30, 2020 -- On Wednesday, January 29, several Columbus City Schools programs were recognized for their quality and innovation at the Ohio State House along with other schools from across the state. Columbus Downtown High School, Huy Elementary and Indianola K-8 Informal were among the schools recognized. The honors came as part of an event entitled "Celebrate Public Education!" and occurred in the Atrium of the building.

The event began with a color guard presentation by CDHS ahead of the Huy Elementary Hearing Impaired Program taking center stage (pictured above). A first-grade class focused on inclusion, the students demonstrated their sign language skills by performing a poem for the audience. The class was led by teachers Britt Mickley and Jeff Bernardi. 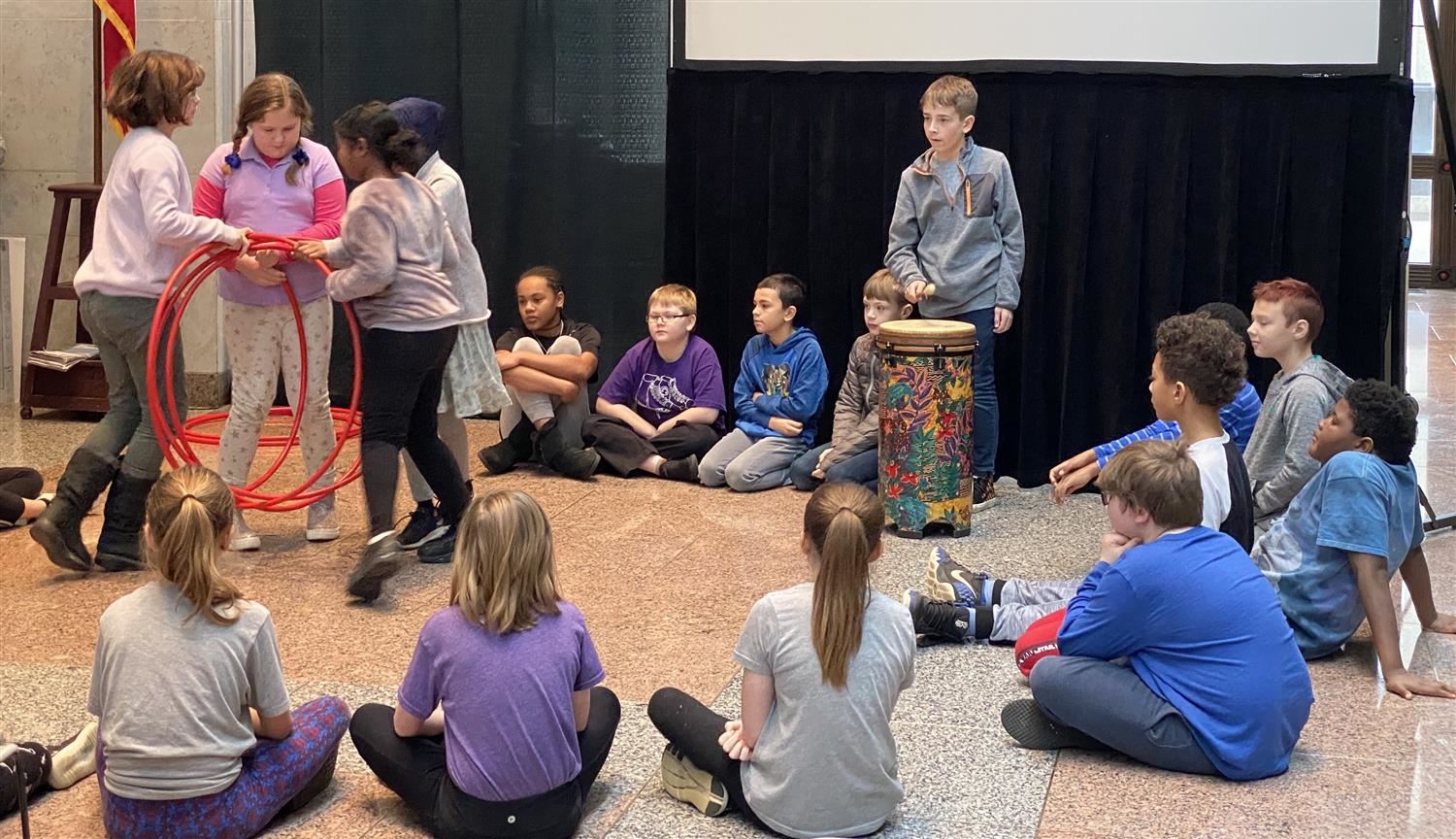 Next up from CCS was the Indianola K-8 integrated arts dance program, led by Ms. Amy Williams, a dance and physical education teacher. The program was highlighted by the event organizers as a model example of alternatives and choice in public education for the way it weaves dance and music into otherwise traditional curriculum.

The final CCS honorees were the students from Columbus Downtown High School's Career Tech program: specifically, the students in the law enforcement pathway. 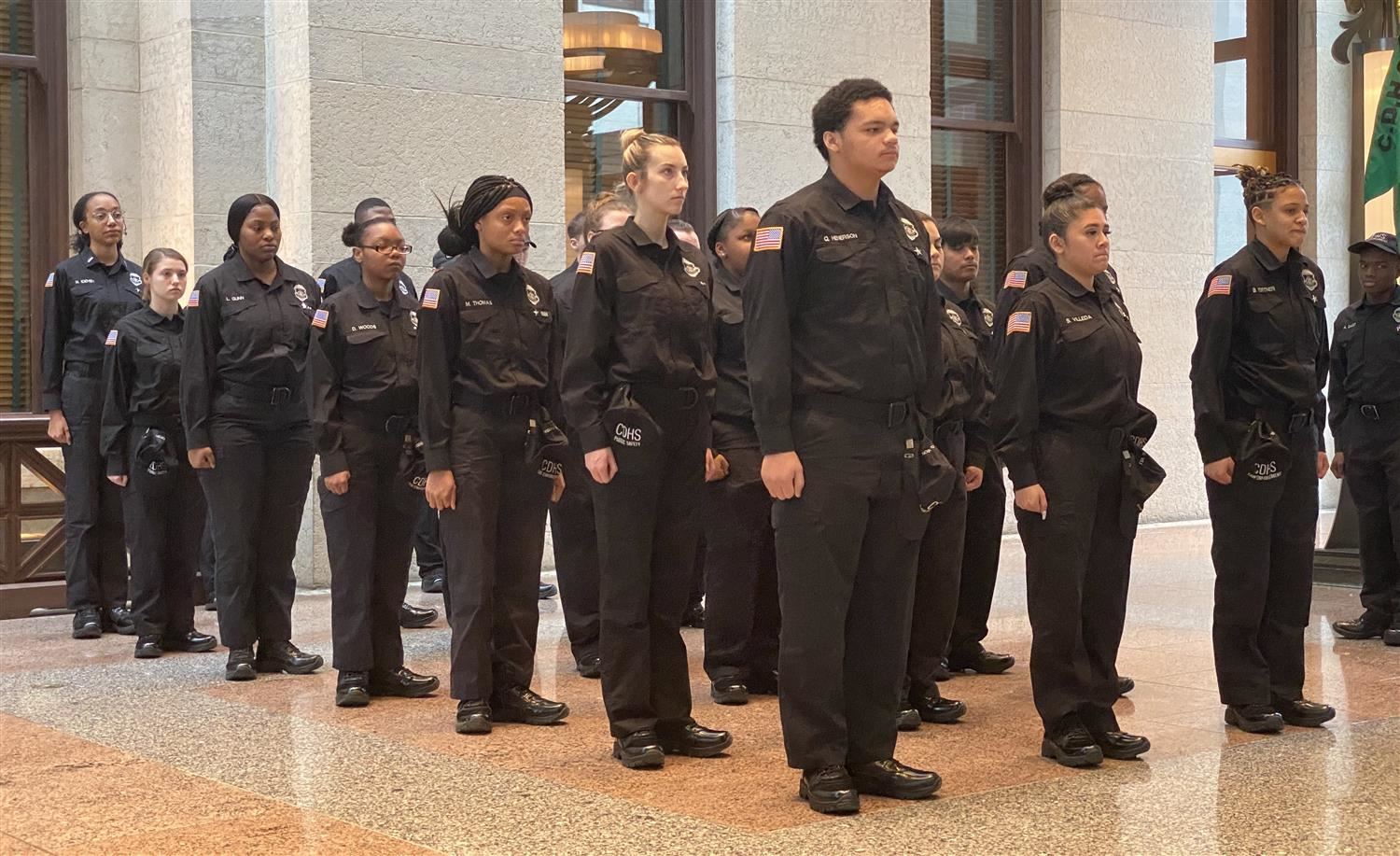 Led by Commander John Moore, the students demonstrated their drill routine. These students are the future first responders of our country: from police officers, to firefighters, or paramedics.