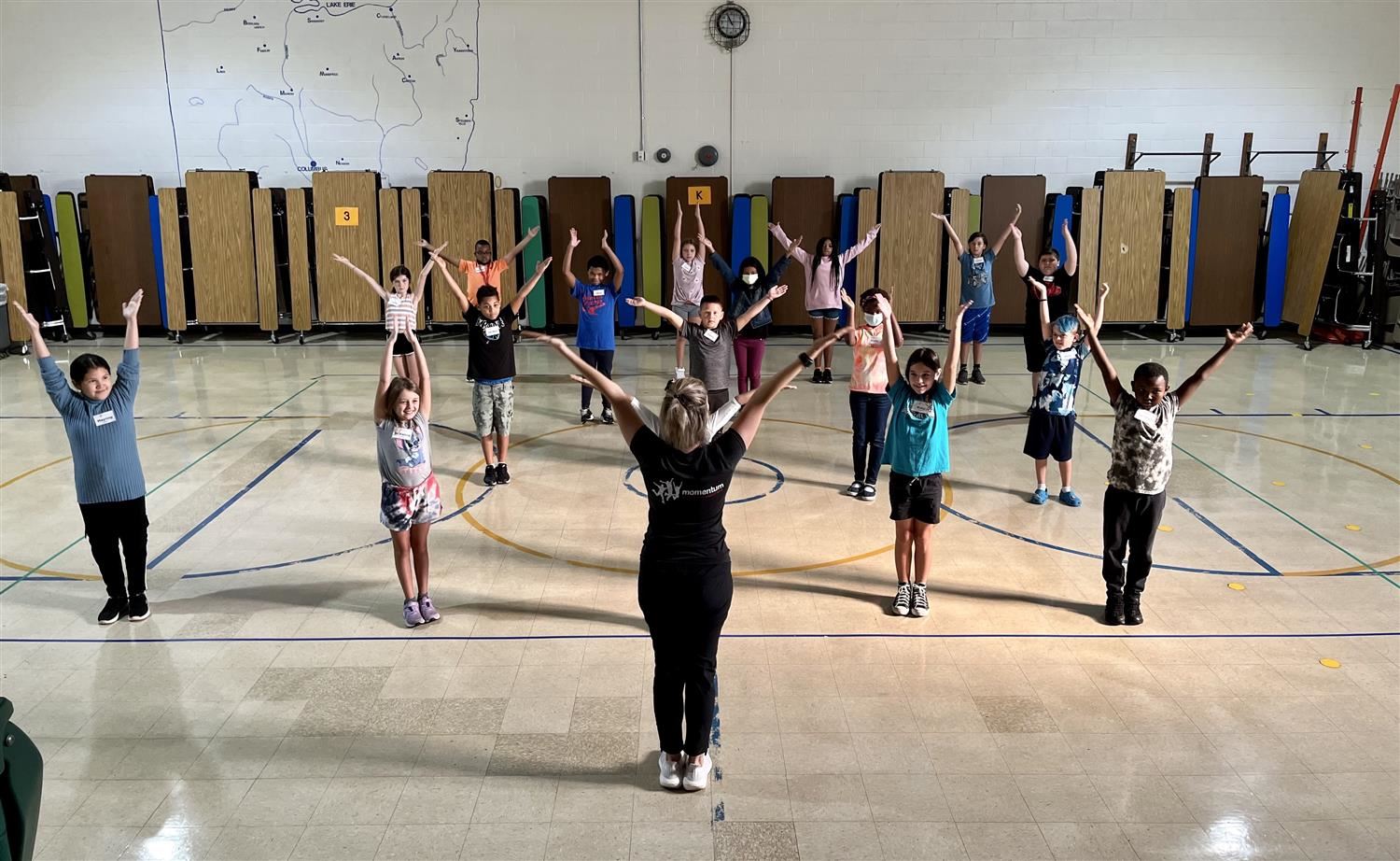 October 7, 2022 -- Five, six, seven, eight! Fourth graders across the district are dancing through life’s lessons and skills thanks to Momentum Excellence at the Speed of Dance.

The local nonprofit partners with Columbus City Schools to feature weekly dance classes throughout the school year. The art of dance opens a pathway to strengthen students' social and emotional development while engaging in diverse cultures and unique perspectives. 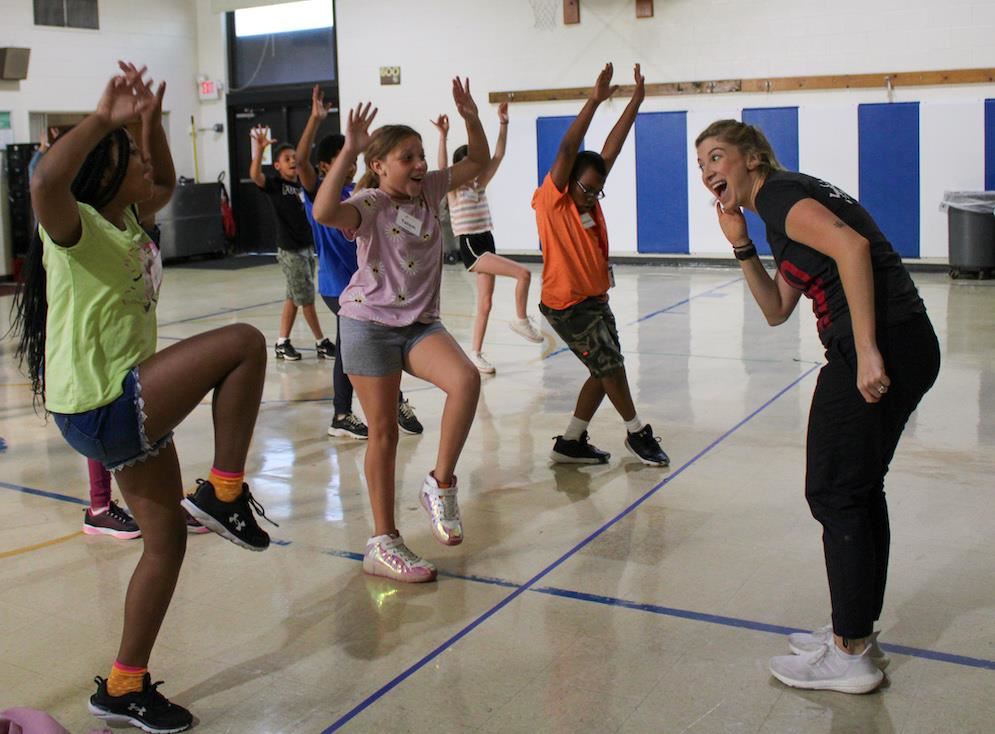 “It’s all about the child,” said Sarah Bullen, Lead Instructor and Administrative Coordinator at Momentum. “It’s about making everybody feel joy, feel like they belong, and feel important because they are.”

Led by two instructors and an accompanist, classes are modeled after a high-quality methodology called athletic dance. This style offers a combination of high-energy movements that get students active and practicing Momentum's “big four of excellence: doing your best, working hard, never giving up, and being healthy.”

“We provide them with that safe space to be open and vulnerable and to take healthy risks,” Bullen added.

What began in Woodcrest Elementary School 20 years ago has grown into a force of motion across the city. This year, Momentum instructors lead over 500 CCS students in 27 classrooms across the following 12 schools:

“Most of our work is in Columbus City Schools. We try to focus on under-resourced neighborhoods that might not necessarily have access to the arts in the way other schools might. Those tend to be the schools that we hold near and dear to our hearts.” said Liane Engle, Executive Director at Momentum.

Mark your calendars for Momentum's annual spring showcase at the Davidson Theatre on May 10th and 12th, 2023. Performance times have yet to be determined.

“The final show is a globally focused show, so students get to learn about other cultures and areas of the world,” explained Maize Elementary School Principal Tiffany Genton. “It’s making our students aware that the world is bigger than just here in Columbus.”

Spectators can expect the spring showcase to feature performances from each school over two days and observe other program performances offered by Momentum.

“It’s all about celebrating the student,” Chloe Napoletano, Teaching Artist and Advanced Teams Coordinator at Momentum added. “And we use dance for that celebration."