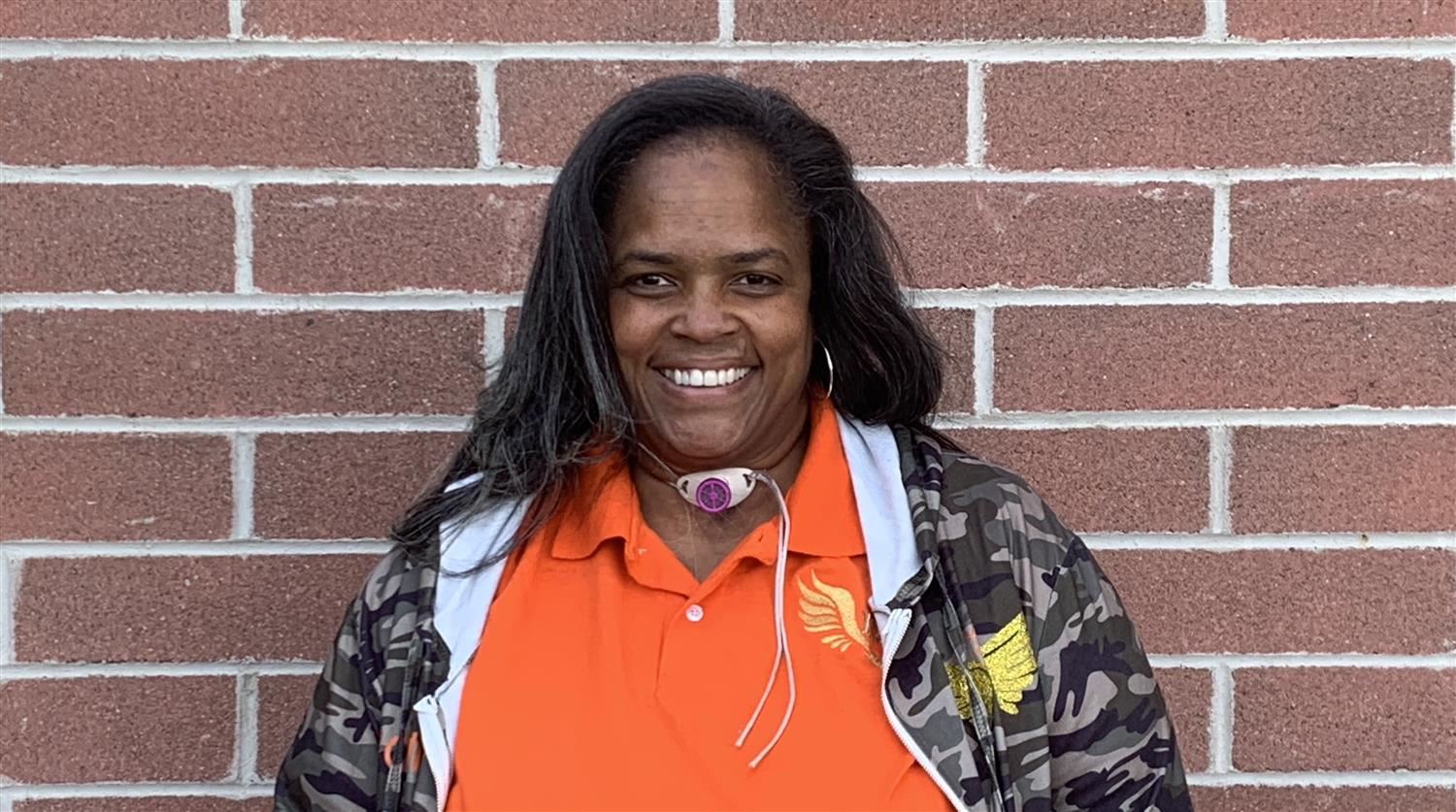 November 3, 2021 -- More than eight years have passed since Malissa Thomas-St. Clair experienced every mother’s worst nightmare. On April 29, 2013, the Champion Middle School math teacher lost her then 22-year-old son, Anthony, to violence in the very community she serves.

Fast forward seven years, as Columbus was experiencing an exponential growth in crime, a former student accidentally shot and killed his 2-year-old nephew on August 12, 2020.

“That was my catalyst moment,” the 24-year Columbus City Schools veteran said. “I put something out on Facebook about needing to do something, and it was a former student who reached out and said, ‘Let’s do something!’”

Thomas-St. Clair knew that if she held an event, her intended audience wouldn’t show. She needed to go to them, and that's exactly what she did. The pair hit the streets, with a photo of Anthony, and a simple message, “Enough is enough.” They shared information with the community, and were blown away by the support from not just their Champion family, but many of the surrounding schools in Region III as well.

“We stood out there in the streets for two hours that day, and made a Facebook page that night,” Thomas-St. Clair recalled. “We had 243 people affected by violence join the Facebook group that night, and we are up to over 2,000 now.”

That was just the beginning for Mothers of Murdered Columbus Children (MOMCC). Hopeful, Thomas-St.Clair decided to venture into other hard-hit areas in Columbus. The group continues to march the streets with a hefty goal in mind - save our streets, save our youth, save our city.

“My heart has always been the same," Thomas-St.Clair expressed. “I need to save my students, and I want to serve other mothers who share in this pain. From there, it just grew into what it is now.”

MOMCC has grown significantly, as a hands-on organization dedicated to saving the city. The mothers in this organization are determined to use their pain of losing their children to violence to bring peace, positivity, prayers, and protection to the streets of Columbus.

As for her teaching career, Thomas-St. Clair says MOMCC has a great impact on her work in the classroom. She uses what she learns on the community streets as a foundation of relationship building with her students.

“I didn’t realize some of the disconnects I had as a veteran teacher, until I hit the streets,” she explained. “It taught me how much our students need to be connected to their teachers and mentors, and how much of an influence we can have on their decision making when they leave the school building. Until you immerse yourself into the needs of the community, you are really missing a piece in the classroom.”

MOMCC recently developed a new program called 'See more, want more,’ which Thomas-St. Clair will pilot at Champion. The program involves taking some of the school’s top tier behavior students and exposing them to a variety of experiences. This year, students will be visiting the Immersive Van Gogh Exhibit and Amish Country. The goal is to expand their thought process and encourage them to start thinking about potential pathways.

She reminds her students too, that she does what she does, not for personal attention but for awareness on their behalf.

“The choices and decisions our students make are literally the path to their future,” Thomas-St. Clair said. “We must be proactive with our youth.”