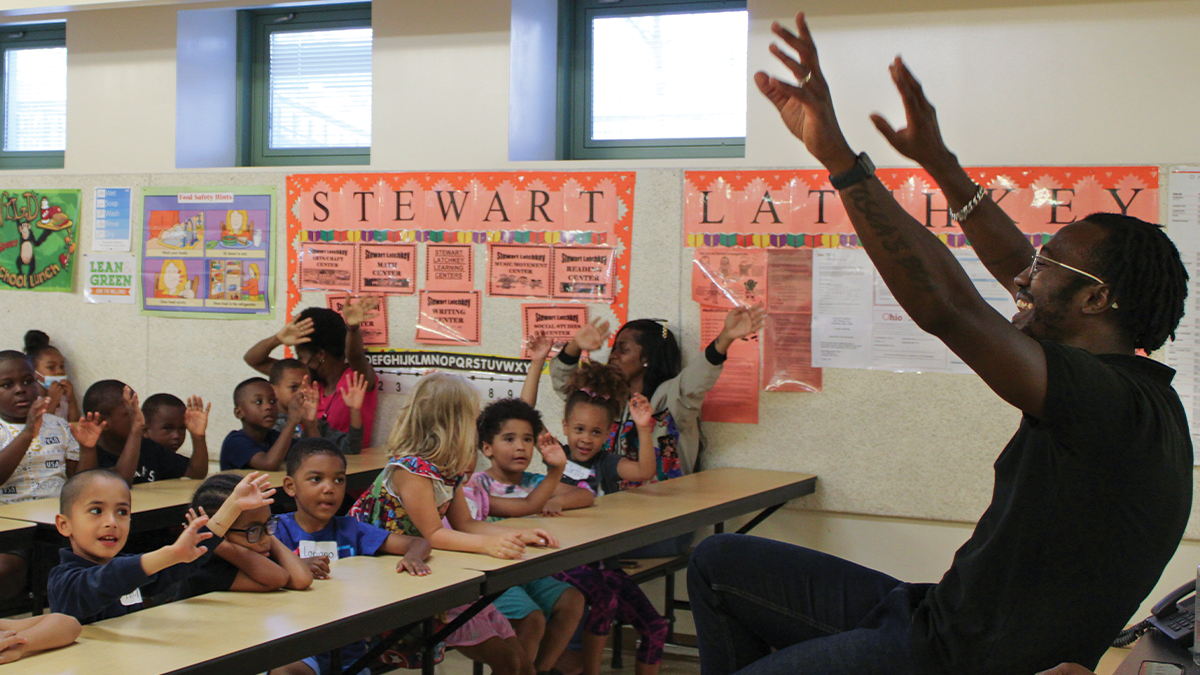 As part of Columbus City Schools’ Summer Experience program, Thomas had the chance to bring his passions for music and education together and connect with students through rap music.

At Stewart Alternative Elementary School, Thomas worked with groups of students to help them tap into their musical talents. He showed them how to clap together to create a beat and then encouraged them to shout out lyrical suggestions, which he then turned into a song he performed for them.

Charlee Osborne, a rising first-grade student at Winterset Elementary, enjoys singing when she’s at home. She says the rap event was an exciting way for her to sing with others.

“I sing nice, they sing nice… I just like how music is fun for me,” Osborne said.

Thomas is a CCS alumnus, and showing students like Osborne how he pursues music alongside his education career is one way he gives back to the community.

“It’s cool for them to see that there’s more beyond educating,” Thomas said. “You can also use your arts. If I can be that person and give back in that type of way, then I’m all for it.”

He wants to show kids that pursuing their interests, especially in the arts, is a worthwhile venture, and even if they don’t decide to center their future around the arts, it can still be an element in their lives.

“I’m almost certain I’m not the only teacher who has their hands in the arts,” he said. “You can rap and [still] go to college and your classes.” T

he music session was popular with the students who spent the time with Thomas excitedly clapping their hands. Brielle Thomas, an incoming first grader at Indianola Informal K-8, summed it up well.

“It was awesome. It was cool and kind of loud, but fun,” she said.