Construction Department: Say Hello to a New Generation of Carpenters 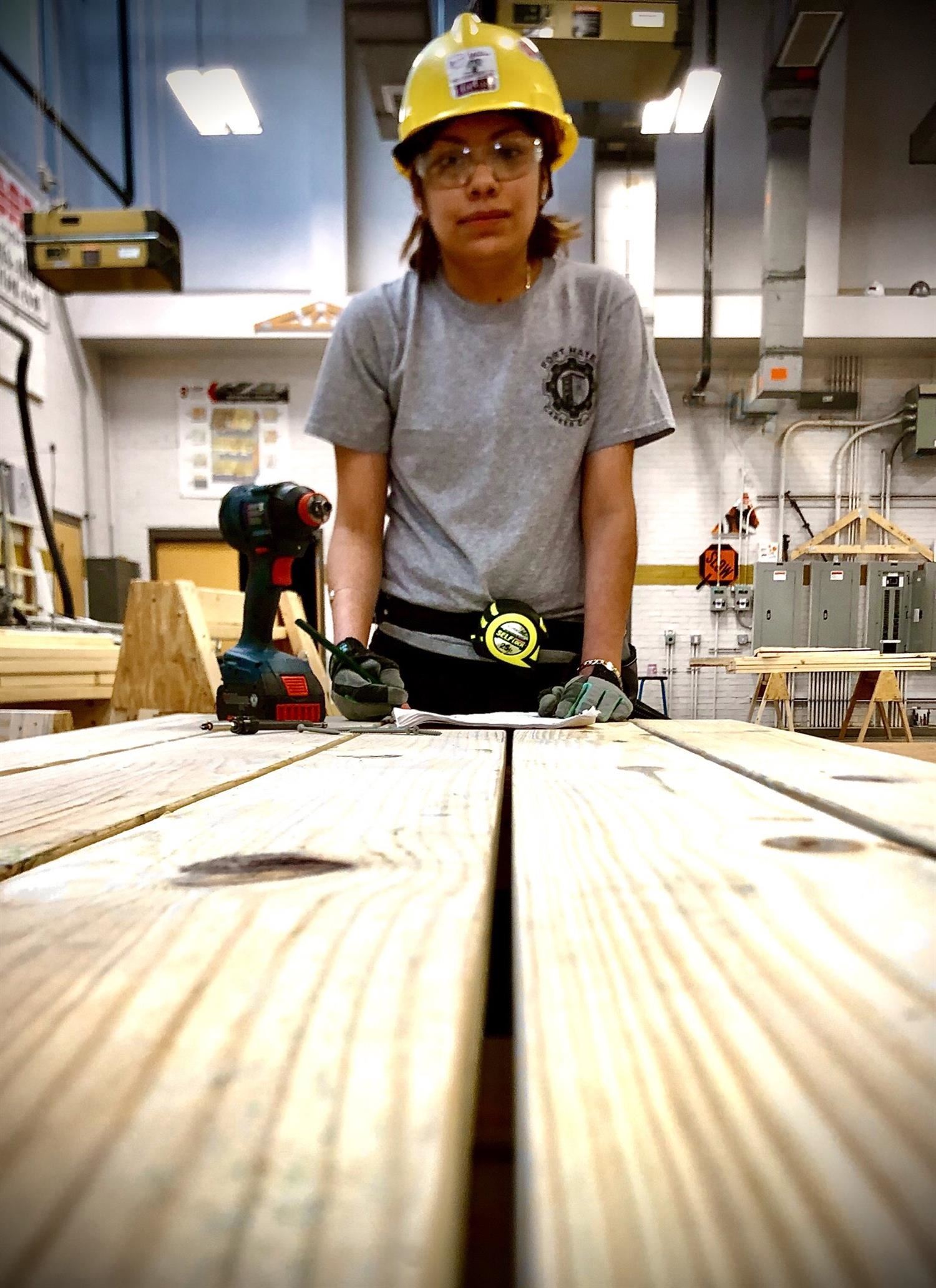 April 9, 2021 -- For many years now, Habitat for Humanity has worked with Fort Hayes Metropolitan Education Center in order to get their carpentry program students valuable hands on experience.  We highly value this relationship because we know that the students graduating from this program can have long, successful careers in the industry.

The construction trades programs, and the construction industry as a whole, are often thought of as being best for men and certainly statistically speaking men do make up the majority in the field.  However, when I asked Matt Blake, Carpentry Program Instructor, about the young women in his program, he stated that he has several and in particular, senior Jessica Sandoval is a "superstar student."

Jessica says she became interested in the carpentry program during her sophomore year while attending the open house at the career center.  When asked whether she had any women in her life who were particularly influential in leading her to make this decision, she shared, “My mom is very hard working and her example motivated me." Additionally, the fact that she had not seen many women in construction trades motivated her to work hard and stand out.

Jessica spoke about some of the challenges she has faced in the program.  She expressed that with the pandemic and all of the remote learning it has been difficult to get a lot of hands on experience.  She says sometimes the “heavy lifting” associated with carpentry can be hard but, “When I put my mind to it I can do anything.”

She was very grateful for the partnership with Habitat and to have the opportunity to be involved last year during her junior year where she served as the crew lead on the building of a shed that was utilized for a HFHMO partner family's home.

Jessica sees herself working up through the ranks of a large construction company, ideally in residential construction because she likes the idea of building homes for people.  She stated that she, “wants to be a role model for other women getting into the field.”  When asked what advice she would give to other females wanting to pursue and education and career in construction she states, “Pursue your dreams… even if you don’t know a lot you can gain the knowledge and skills you need.”  Pleasantly and confidently adding at the end of our conversation, “Us women are going to change the world!"