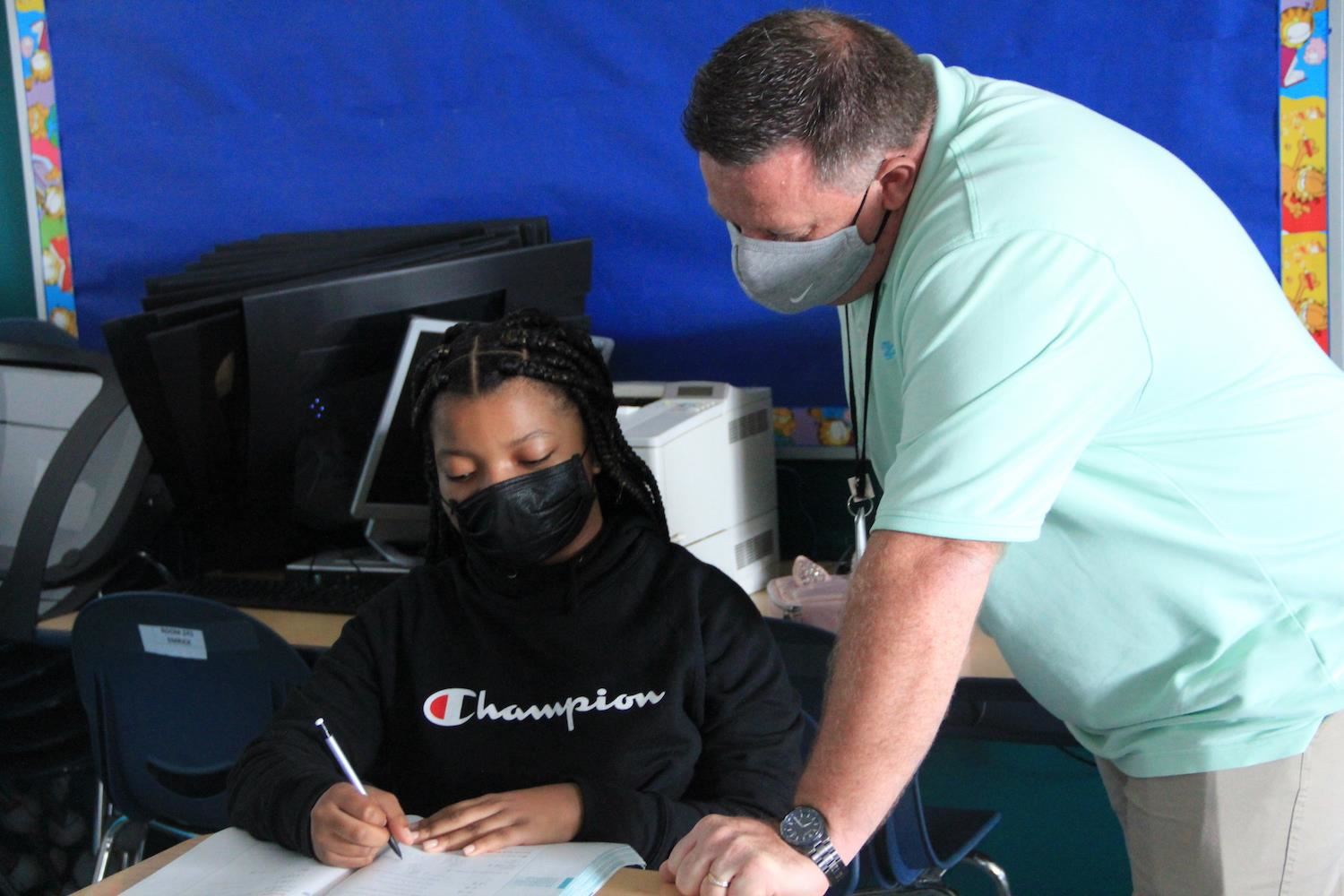 July 9, 2021 -- Imagine this. Working on nothing but math equations for nearly five hours a day, four days a week for six weeks during your summer break? That’s exactly what the students are doing in Mr. Emrick’s classroom on the second floor at Berwick Pre K - 8 Alternative School.

“These students are here because they want to be here,” said Kyla Mitchell, Berwick’s principal. Teacher Keith Emrick wants to be here too.

“Review the decimals in this equation,” Emrick instructs using the whiteboard in the front of the classroom. “Simplify by four. Two negatives make what? Do I need to write all those zeros? Turn the decimal into a fraction and reduce it to its simplest form?”

Got that? If you are having trouble following, this is an accelerated math course being offered this summer as part of the Columbus City Schools Summer Experience.

Students in this accelerated math classroom come from schools all over the District. Keith Emrick has been teaching the course every summer.

“We created the course about four years ago, and Mr. Emrick has been teaching it since the beginning,” said Steve Hiner, Secondary Math Coordinator at CCS. “Mr. Emrick and others use a lot of different teaching methods to break up the day and keep students engaged in math for four and a half hours.”

This year marks Mr. Emrick’s eighth year teaching sixth-grade math at Berwick. One thing that’s pretty simple to figure out is Emrick’s dedication to not only help students improve their math skills but excel at it.