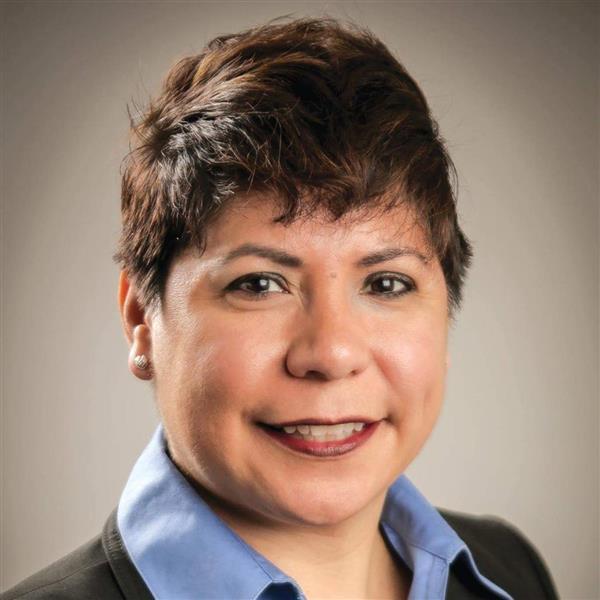 Ramona R. Reyes is the director of Our Lady of Guadalupe Center at Catholic Social Services. Prior to coming to the Center, she worked at Nationwide Insurance where she was employed for 24 years. She is a member of the Columbus Board of Education, currently serving in her third term and is the first Hispanic elected member of the Board. She was elected Vice President of the Board for 2020 at the Board's Organizational meeting on January 7. She chairs the Public Engagement Committee, which has championed the annual Columbus City Schools Children’s Day celebrations, “Kicking It With CCS”, a student-led radio show, and the parent ambassador program.

She originally came to Columbus when she was awarded the Campbell Soup Migrant Scholarship, a scholarship for children of migrant farm working families, to attend the Ohio State University, earning a Bachelor of Science degree in Marketing and Transportation Logistics.

She is currently serving on the boards of East Coast Migrant Headstart, Mt. Carmel School of Nursing, Columbus Association for the Performing Arts (CAPA) Board of Trustees, and volunteers with Big Brothers Big Sisters of Central Ohio.

Ms. Reyes recently received the Champions of Diversity Pioneer award and an EXPY from Experience Columbus. She was featured in the Women's Book and the 2013 WELD - Women You Should Know Calendar.  She has been named a Columbus Hispanic Hero and named a Distinguished Hispanic Ohioan by the Ohio Commission on Latino Affairs and the Governor of Ohio.