July 13, 2022 -- When artist Bryan Moss was a student at Stewart Elementary School, his teachers provided a space for him to establish artistic roots. The schools fed him not just with food, but with holistic experiences that nurtured his creative development. Now, Moss is working with Columbus City Schools students to give them the help his teachers once gave him.

“All of my teachers knew I wanted to be an artist growing up,” Moss said. “They really supported that. That’s the same experience I try to give the artists.”

Moss is working with rising 5th grade students at East Linden Elementary School. Through Columbus City Schools’ ‘Summer Experience,’ students are learning how to make their own comic strips. He says their progress since the project began has been impressive.

“I saw one student go from drawing at a kindergarten-based level to drawing fully rendered figures in the course of three weeks,” he said.

Moss is also working with students outside of the classroom. 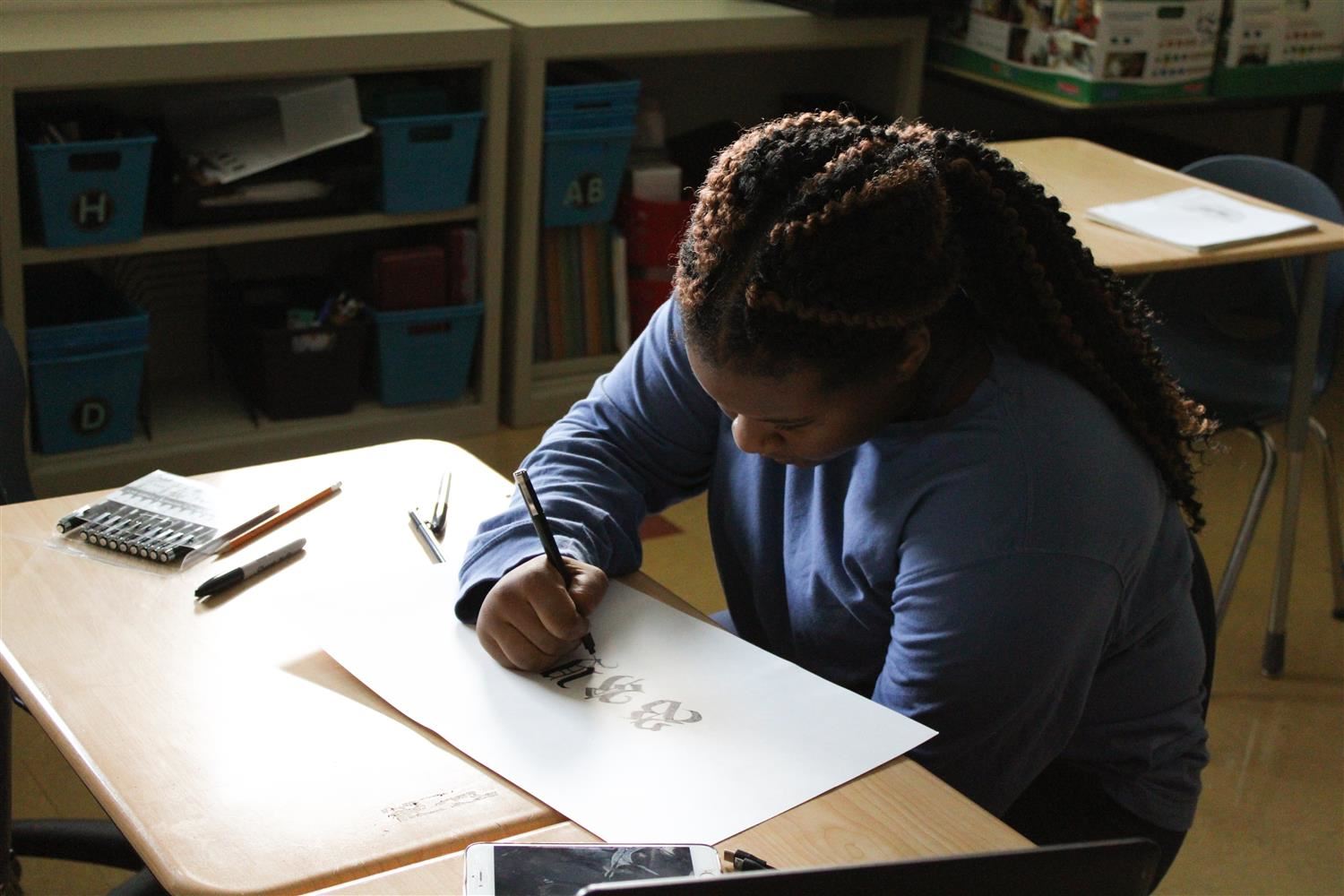 Akera Owens, an incoming 6th grade student at Medina Middle School, has been interested in art since she was young. She enjoys cartoons like ‘Adventure Time’ and ‘Rick and Morty’ and said she wants to make shows like that one day.

She met Moss at the Wexner Center on a ‘Summer Experience’ field trip. She saw his art exhibit at the Columbus Museum of Art, and when she had the chance to meet him, she made the most of the opportunity.

“Akera kept asking me questions. I was like, ‘Oh, it seems like you’re really into art’ because it was 5 or 6 questions back to back,” Moss laughed. “I told her I would bring her supplies and sketchbooks, and we could talk about some techniques.”

The following week, he took a break between teaching the 5th graders to present her with drawing paper and utensils. He showed her how the supplies would help her grow her art, explaining the difference between fine and extra fine-tipped markers and why the non-bleeding paper is helpful for drawing.

“You’re the best art teacher I’ve had yet,” Owens told him as she held the supplies she had waited excitedly for all weekend.

Moss encouraged her to try drawing with markers instead of pencils. Permanent marks teach artists to use their mistakes instead of erasing them. He said he wants to teach young artists that there is no incorrect way to make art.

“You can’t do anything wrong,” he said. “We can only fix things and make changes.”

The 5th grade students will display their final comics at an art showcase on July 28th.